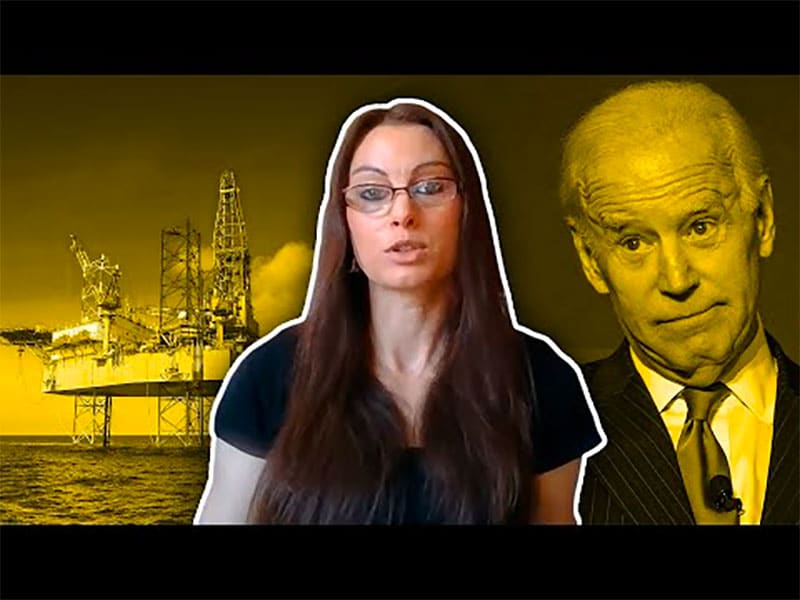 PetroNerds has teamed up with Digital Wildcatters to chat about the implications to the US oil sector if Biden wins the White House.  She also discusses COVID and the ravaged oil market.

This is a PetroNerds rant where we’re going to do a five-minute little episode of the potential implications on the energy industry, specifically the oil and gas industry, of a Biden-win.

What would a Biden-win actually look like for the oil and gas industry and specifically we’re going to talk about what a ban on fracking on federal land could actually look like in the United States and what are the implications for that?

So, I think there’s been a few comments, some newspaper articles from the Financial Times that have sort of downplayed this and said the energy industry really isn’t worried about a Biden-win and then you’ve had commentators like Bendel who is an investor in New York and it was critic Cameron say that it’s going to be positive for the industry and his comments are really related it’s going to be positive and that it will uplift oil prices so the reality is that what’s happened to date is that you know there is green energy plans and climate change initiatives within the Biden-Harris campaign and on their websites. But when they’re asked directly whether or not they would ban fracking they’ve said no until the last debate and so it’s important to realize that the question of banning fracking wasn’t will you ban fracking on federal land, it was will you ban fracking and I think the answer is no.

They can’t ban fracking on everything and nor do they intend to, but banning fracking on federal land is something that, I think, a lot of folks in DC are seeing as a given and a lot of analysts and in the political community are seeing as sort of a given that if fighting is to win a ban of on fracking in federal land will probably take place and what that means is that federal land will be sort of off limits to new fracking operations so it’s important to realize why is it necessary and why would a Biden presidency actually ban fracking on federal land and I think some of the reasoning behind it is that it’s symbolic and offers symbolic gesture moving away from oil and gas.

But it’s also important to clarify what has actually been said so the last debate when asked it was quote Biden had said we have to move toward a net zero emissions and the first place to do that by 2035 is energy production so he did indicate the energy production would be targeted to actually reduce emissions and that’s where sort of this everyone knowing and thinking that they would probably ban fracking on federal land because many democratic candidates had mentioned it that this is probably going to take place.

It also contributed a lot of money to state coffers so the money from royalties is going to these states and it does have an impact on the revenues that they bring in so we saw in Colorado when we were debating and talking about the implications of proposition 112 and what would have had two years ago if there was a 2500 foot setback the implications were pretty significant to the industry, and even with it, it was voted down the 2500 foot setback was actually voted down but were the new legislation is actually looking to impose a 2000 foot setback and the implications are that even if you don’t have an immediate ban on fracking in, business is impacted.

So, let’s just say that the permits that exist in new Mexico and Wyoming and Colorado are still allowed to drill those, not all of them may necessarily get drilled because when you’re planning for businesses and you’re big companies and you’re thinking about a huge operation in new Mexico with a very, very long lifespan and a long inventory of these wells to drill you’re going to build up infrastructure to take away the gas, to take away the water and to do this properly and these are major oil companies as I said like Exxon.

So, the, the they’re going to spend money to do this now if there’s going to be a ban on fracking and their future operations are at risk, they may not put all that money in investment and that is going to have an immediate and direct impact on these states.

We’ve already seen a huge impact to the oil and gas industry from the massive collapse in oil prices with the onset of COVID and the shutdowns that we’ve seen and we’ve you know prices obviously went negative for a blip, for a day and we’ve since recovered and we’ve been about this, you know, high 30s to 40 dollar range, a little above 40 a barrel and we’re sort of stuck now in these high 30s and 40s because of new shutdowns in late October with across the world, and so, we’ve seen prices just really get hammered and that’s had a considerable impact already on the state of employment so when we think about what’s going to happen to the oil and gas sector from a job standpoint.

It is really significant when you pose any additional restrictions.

The other thing to think about is what does it mean for states like Texas and North Dakota. They will probably boom when you have little, you have limited federal land even in a place like North Dakota that has limited access to pipelines and potentially restrictive if the Dakota access of the dapple pipeline is further restricted you still have very limited federal land in Texas, you know, obviously a lot of activity from New Mexico is going to shift into Texas if there’s a ban on fracking so I think you will see Texas and North Dakota do extremely well. I think you will probably find additional reservoirs; operators will start showcasing additional inventory and you will see this industry really revamp and pivot to these states. But in terms of pricing, you know, should demand shoot up, you know, should we recover in 2021 not just in the US but globally from an economic perspective.

If their natural gas prices start going up if their oil prices are going up and it’s really important, you know, we’ve actually averaged 50-53 dollars a barrel for the past five years so from when oil prices collapse in 2014 and then basically up until the onset of coronavirus in February 2020 oil prices WTI (West Texas Intermediate) actually averaged 53 dollars a barrel so the industry has been pretty flexible in dealing with that relatively low oil prices but consumers have also got extremely comfortable with those low oil prices and those low oil prices coupled with low employment helped really contribute to the GDP growth and the low unemployment and the sort of revving up of these economies.

It’s very important to consider what low oil prices mean as we’re coming out of the coronavirus and as we’re demanding more crude oil and the consumers have access to forms of cheap energy so the implications if prices were to rise to say to 60 in the near term, I think they are very significant for the consumer and could have a negative implication.

Right now, unless you’re actually going to impact, unless you’re going to curtail demand, you know, unless you know, the Biden administration would say, you know, along with a ban on fracking in federal land we’re going to impose restrictions on actually the usage of crude oil, it’s not going to have any impact on the amount that we consume which in turn will not impact the greenhouse gas emissions of crude oil. If anything, it will increase it because we will have to import that crude oil from abroad, so we’ll likely be importing it from Nigeria.

We’ll be likely be importing it some from Russia as well, and those, in those countries and actually in many other middle eastern countries where we get crude oil a lot of that natural gas is flared which means that the greenhouse gas emissions on that lifecycle bear of crude oil is higher.

Additionally, that oil has to be transported into the US, so not only are we not producing it in the US and we’re losing those jobs we’re actually taking the dollars and we’re sending it to another country and we’re spending it abroad so we lose that revenue internally, so there’s a lot of knock-on effects that have been very positive for the US economy in terms of producing the oil and gas here at home and then consuming it and then we’ve also been able to export a few million barrels a day of crude oil and export a million barrels a diesel and a lot of gasoline and propane as well and all those could be impacted.

Furthermore, if natural gas is curtailed in any way so if natural gas production is curtailed in any way by any potential concerns by operators of these bans on federal land and if we while we may not be impacting our liquefied natural gas exports immediately, the presumption, you know, foreign countries see that as a risk that could be bad for projects we have coming online and it could be bad for business and it could actually really be bad for diplomatic relations as we’re thinking about exporting you know, liquefied natural gas to allies in Asia and with that, I will conclude and thank you very much for listening to this PetroNerd rant.

Oil Equities and the Generalist Investor: A Conversation with Ben Cook of BP

Originally Posted On: https://www.digitalwildcatters.com/oil-equities-and-the-generalist-investor-a-conversation-with-ben-cook-of-bp-capital-on-petronerds/ In this episode of the PetroNerds podcast, Trisha Curtis speaks with Ben Cook of BP Capital. They discuss a range of

Originally Posted On: https://www.digitalwildcatters.com/bidens-call-to-opec-inflation-and-chinas-co2-petronerds-podcast/ In this episode of the PetroNerds podcast, your host Trisha Curtis, CEO of PetroNerds, takes you on a 47 minute world