What Does 2021 Hold for the Oil and Gas Sector? 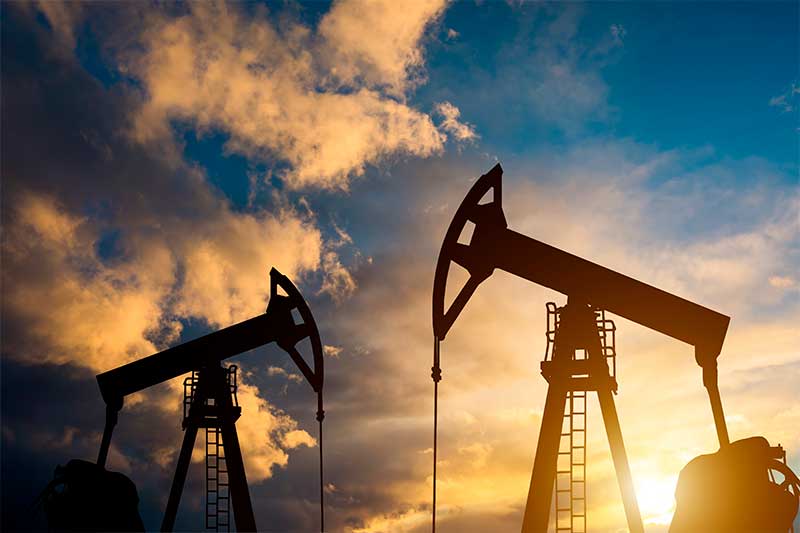 Trisha Curtis, CEO of PetroNerds, was interviewed by Brink back in September in the article “Can the Oil and Gas Sector Reinvent Itself in a Post-Covid World?” Three months later, Brink and Trisha returned to discuss the outlook and market trend changes.

Optimism is rising within the oil and gas sector that 2021 will see a return to normalcy after the unprecedented price declines of 2020, including last April when oil prices turned briefly negative. However, momentum is also growing for drastic cuts to carbon emissions, which might force oil companies into making major adjustments to their business model.

In September, we spoke to Trisha Curtis, a seasoned oil and gas analyst and CEO of PetroNerds. Three months on, we returned to see whether her outlook had changed.

CURTIS: The world has changed a lot since September. I would say the uptick in morale from the industry has been considerable. There’s been a step change in thinking from September to now in terms of seeing the rigs actually getting back to work, particularly in the Permian Basin. Having $45 per barrel for West Texas Intermediate has significantly helped both sentiment and morale.

Resilience in the Sector

BRINK: It’s estimated that about 14% of the labor force in the oil and gas sector were laid off during the course of 2020. Have companies been using last year’s collapse in demand to make structural changes?

CURTIS: Most of the job losses are the result of prices cratering, and not having enough work for people to do. But on top of that, the industry obviously has to evolve, or it’s going to die.

One thing I think skeptics have a hard time wrapping their arms around is that this is an extremely resilient industry, not just in the U.S., but worldwide. In the U.S. in particular, it is evolving. So in the case of those layoffs, you’re not going to get all those jobs back, maybe only a fraction of them, because the industry is going to use this time to reduce headcount, reduce costs and lower the cost per barrel.

The incremental changes that we’re seeing now — simple moves in drilling with higher horsepower rigs and increasing the lateral feet you’re drilling per day — all these equate to significant advances from an efficiency point of view and help the resiliency of the U.S. oil sector.

A Ban on Fracking?

BRINK: What about the impact of the incoming Biden administration, which has a strong emphasis on climate initiatives — do you foresee that that will have a big impact on the sector?

CURTIS: I think it will. The industry has downplayed the potential implications that a Biden administration could have on the oil and gas sector in the U.S.

Folks have talked about a ban on fracking on federal lands. I think that is hard to do as an executive order, but there are studies that could be done by the EPA on water and air quality and a postponing of permits, essentially preventing fracking from going forward.

The reality is that federal lands are exposed, and that means parts of New Mexico in particular, which is a very rich part of the Permian Basin. When you look at Wyoming, there’s also a lot of federal land, and the Gulf of Mexico is also exposed. So potentially, we could be talking about losing several hundred thousand barrels a day in production in the U.S.

BRINK: Looking more globally over the next year, what do you think will be the big trends to watch out for?

And $50 oil has a meaningful implication for demand as well.

We’re not going to see demand get hurt at $50. While concerns about peak demand are very real, I think that demand for oil may very well prove to be on the upside this year, because there is a lot of pent-up demand in the economy.

Even if people aren’t meaningfully vaccinated as a global population until the summer, I think we’re going to start seeing the impact of the early vaccines on demand before the market anticipates it. Oil demand, and jet fuel in particular, could look better next year than a lot of folks are expecting.

BRINK: There’s a lot of talk, particularly among European oil companies, of trying to get to zero carbon quicker than originally planned. Do you think that we’re going to see two types of oil companies: those who are going to retool their companies for renewables, and those that are not?

CURTIS: I think they’re actually all trying to go toward renewables because the impetus and the pressure from investors is so strong — and not just from investors, but now policymakers. It’s forced these operators, regardless of what they’re doing, to get green just to stay relevant.

The question is: How costly is it? Renewables have come down in cost, but can they roll that in, and are they going to be rewarded for it?

It doesn’t mean that some of these companies can’t pivot or make this work, especially if they can capture some of these lower costs and the subsidies that are in place.

In the U.S. shale sector, especially in the Permian, you are hearing a lot about it on earnings calls, where CEOs and operators are speaking very highly about the reductions they’re doing both on flaring and methane emissions, and how they’re going to be reducing their carbon dioxide footprint as they move forward into 2021.

Methane will be an important issue this year, especially as we’ve seen Europe and particularly France saying that they don’t want to allow the imports of U.S. liquefied natural gas because it’s dirtier, when considering methane emissions. I’m not sure their standards on measuring these emissions are appropriate, but I think we will have increased scrutiny on methane and the industry will have to work hard to reduce these emissions and stay relevant in the global market.

Originally Posted On: https://www.digitalwildcatters.com/rip-and-review-bp-earnings-and-interview-of-saudi-arabias-crown-prince-mbs-petronerds-podcast/ Trisha Curtis and Ethan Bellamy come out swinging in the second part of this windy and nerdy two parter. They get into

Originally Posted On: https://www.digitalwildcatters.com/oil-demand-and-federal-leasing-ban-on-petronerds-podcast/ Episode 13 of the PetroNerds podcast is part 1 of a nerdy two parter on oil prices, oil demand outlooks, US oil

Originally Posted On: https://www.digitalwildcatters.com/trucks-natural-gas-and-batteries-a-conversation-with-hyliions-louis-baltimore-petronerds-podcast/ In episode 12 of the PetroNerds podcast, Trisha Curtis sits down with Louis Baltimore of Hyliion trucking. Trisha and Louis talk about