Curtis Nerds Out On India, Keystone And Energy Analytics 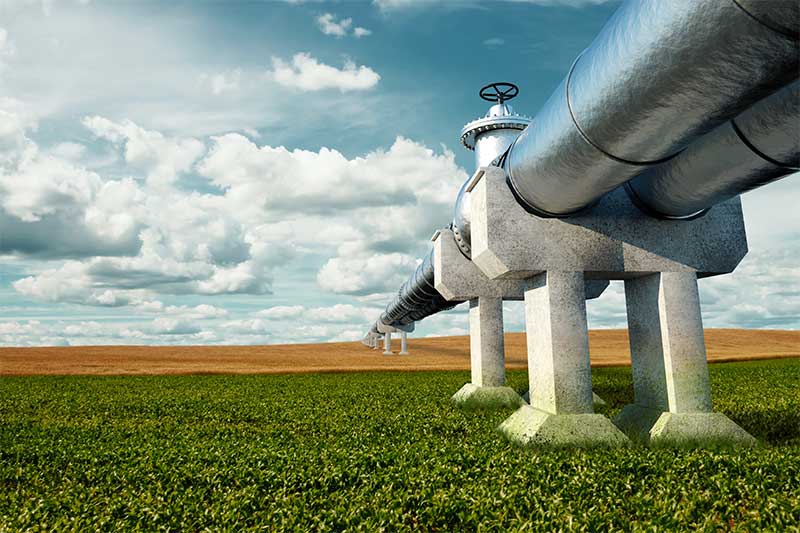 Trisha Curtis is the President and CEO of Denver based oil and gas advisory firm, PetroNerds. Trisha took some time to talk about her experience and knowledge in the industry and the amount of information she shares is vast. Trisha Curtis is the President and CEO of  Denver based oil and gas advisory firm, PetroNerds. Trisha took some time to talk about her experience and knowledge in the industry and the amount of information she shares is vast.

We began by talking about her deep roots in the oil and gas industry, where Trisha got her education, and how she got her foot in the door. It was a rough beginning, but eventually she got her start by getting involved in a non-profit organization called The Energy Policy Research Foundation.

“[I] was able to really self teach myself a lot of stuff and figure out that I was really good at presenting and speak with a lot of folks and just… it was a huge blessing in terms of being able to learn just an immense amount about the industry and find out that I was extremely passionate about it.” – Trisha Curtis

Next we talk about Trisha’s favorite part of the oil and gas industry: the information. Makes sense, right? After all, PetroNerds is a company that takes a look at all of the facts in order to help businesses move forward. So Trisha began talking about all of the different facets that get taken into consideration when helping other people and companies make their plans to move forward. There are many pieces of the process to consider and the more information there is available, the better off everyone is for it.

So after getting her foot in the door, Trisha was doing a lot of analytics for the non-profit in order to help create policy. At one point, she gained the nickname Petronerd, and it stuck. Later on in 2016, instead of taking a position at one of the multiple companies offering a job, Trisha decided to create her own business and she tells us about taking that leap.

“I can’t say it was easy – it was really, really hard. But, it was a great learning experience.” -Trisha Curtis

Our discussion touches on the learning curve within the industry and compares the issues that were seen in 2017 to the issues the industry is facing today. It’s a hot button issue, but Trisha has a lot of insight into the situation based on her career analyzing the trends and statistics in real time. She also touches on strategy when it comes to the industry getting jarred by current events and how it’s at that point when continuing to work is very important.

“The oil industry probably doesn’t have a really deep grasp of how serious the legislative stuff is gonna be and how intense, really, that  Washington and Whitehouse are on their views of the oil and gas industry and it is definitely going to be an uphill battle.” – Trisha Curtis

With the ups and downs (mostly downs) over the last year, there may be people still waiting for recovery. However, Trisha says that we are in the recovery – it’s just that no one was expecting such high prices while recovering. These prices have been felt in every industry by the consumer at this point, and it happened very quickly due to multiple different things. But although there are many who worry the prices will only continue to rise, according to Trisha it may level out more soon than anticipated.

When India starts getting louder and louder and countries start getting louder about prices going up and they’re in recovery mode, it’s going to impact the demand side. So, you know, there’s not unlimited demand to certain price decks…so, there’s a sweet spot in which they sorta need to hit.” – Trisha Curtis

We also touch on the Keystone XL pipeline , which is a project that Trisha has been involved in since nearly the beginning, and the other bans and suspension orders. She discusses the impact of the changes and how she believes these changes are meant to be permanent.

“Could they change their minds? Yes, possibly, they could change their minds… but there is nothing that has happened in DC from an energy standpoint that would lead me to believe that they are looking to help out the oil industry in any form.” – Trisha Curtis

Why wouldn’t they change their minds? Well, because if someone were to take a look at the plans to tackle climate change it could be noted that the first step in the plan is to go after the oil and gas industry for emissions. Although, that doesn’t make scientific sense anyway because the United States has lower emissions than other countries around the globe. So, by outsourcing our oil and gas is not going to reduce emissions, but rather inflate it. This isn’t just for oil and gas though, either. With a push toward using more electricity and battery power, there are already market changes being made in anticipation but it may be more difficult to implement an energy structure that focuses on renewable energy to the extent that policy makers are going for. Then, when it comes to coal and carbon sequestration, there just doesn’t seem to be much clarity on how much support this part of the industry has on The Hill.

“It’s very theoretical, and yet the market is already moving on it and so it has just really significant implications for the economy, I think, and how it’s all going to unfold. It sounds really great on paper; I think it’s going to be exceptionally messy.” – Trisha Curtis

Now, even through the potential coming chaos, there’s a note of hope as Trisha talks about how everything seems to go in a cycle. So for example, technology for carbon capturing, which was a tossed idea a few years ago, now has renewed interest and motivated people to go after it. Whereas a couple of years ago, no one had apparently thought it would work. So, as we watch new changes unfold in the coming months, just remember that the possibilities could be limitless with a renewed interest in the industry.

“What is old always becomes new again and what people always say is like ‘it’s impossible’ – nothing is impossible from a technological standpoint.” – Trisha Curtis

Moving forward, it looks like there are already many companies working to lessen their carbon footprint in an effort to help fight on behalf of the climate and environment. But as Trisha notes, it becomes increasingly difficult to make the necessary changes when the recent legislation leaves so many questions for what may come next. She speaks about how it’s necessary to run a business with a certain level of predictability. Unfortunately, the instability left by all of the unanswered questions has already begun to bring chaos into the industry.

“…but putting out legislation that is undeterminable and it has yet to be implemented, and putting all these question marks out – it’s very hard to navigate and do business… and executive orders that are written like this do not create stability and predictability.” – Trisha Curtis

Originally Posted On: https://www.digitalwildcatters.com/demand-delta-chinese-power-and-xcel/ Trisha Curtis and Ethan Bellamy bounce around global issues covering Norway, China, the US, and OPEC. Trisha continues to see the

Originally Posted On: https://www.digitalwildcatters.com/dug-permian-recap-and-oil-price-slide/ In Episode 22, Trisha Curtis and Ethan Bellamy discuss crude oil prices and the backslide to $66 as the market digests two

OPEC Plus, US Oil, and Chinese Solar in Xinjiang

Originally Posted On: https://www.digitalwildcatters.com/opec-plus-us-oil-and-chinese-solar-in-xinjiang-petronerds-podcast/ In episode 21 of the PetroNerds podcast, Trisha Curtis and Ethan Bellamy get into the weeds on the Saudi and UAE production